These are the key pillars that guide us as a business in making our decisions on a daily basis.

To serve the consumer by cultivating excellence one leaf at a time.

From the humble beginnings of a small 40 acre market garden in Stanthorpe in the mid 1990’s, Dicky Bill Australia has enjoyed consistent stewardship from the current two families that own and operate the salad production company now for in excess of 20 years.

Originally founded by Richard (Dicky Bill) and Kaye Barnard in 1996, their son Ryan McLeod joined the business to pick up the mantle after Dicky Bill passed away in 2001.  From there, childhood friend Hugh Reardon joined the business in 2004 allowing Kaye to retire and join the annual pilgrimage north with the Grey Nomad migration.

Ryan’s wife Tahirih joined the business in a full-time role in 2009 reducing back to part time with the arrival of the next generation of farmers with their two children.  Hugh and his wife Kristen and three children live on the farm in Maffra. 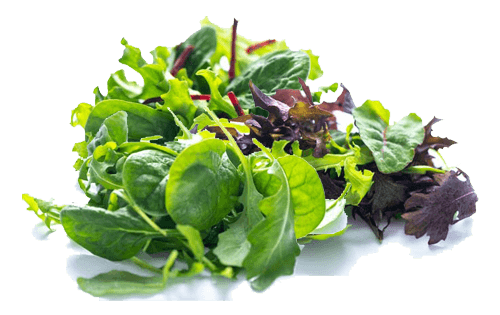 A History of Growth

Originating in Pozieres just outside of Stanthorpe, Queensland in the mid 1990’s, this formed the whole farming portfolio of which salad was grown predominately for Summer markets in Queensland.

In 2003 the business expanded to Lower Wonga (northwest of Gympie) due to the drought conditions facing Stanthorpe and the opportunity to broaden the season with true winter production.  In 2005 the Summer production was bolstered with the leasing of a Wheatvale property west of Warwick.

The year 2006 saw the purchase of Bertinazzi property in Pozieres expanding the summer growing potential.  The following year in 2007, the business expanded rapidly purchasing the Spina farms at Dalveen, leasing Meindetta on the eastern side of Warwick, and expanding the winter growing region leasing Scotchy Pocket North of Gympie.

In 2010 the business relocated all of its winter production to the Drinan Farm just outside of Gin Gin, Queensland.  Then it rained, rained, and rained some more.

This forced the business to make some big decisions as it was almost decimated in the 2010/2011 floods that effected all of its Summer production with substantial amounts of farming country going under water and the business reduced to just 5% of production for an 8 week period.

In 2012 the business relocated its summer growing production area to Maffra, Victoria while exiting all of the leasing and owned properties on the darling Downs.  2014 saw the expansion of the Winter production area at Drinan and the development of the Maffra Processing Facility.   In 2015 the Summer production area was expanded with the acquisition of a small adjacent market garden.  This also saw the establishment of Dicky Bill Australia as its own business entity leasing a warehouse facility in Brisbane.

In the year 2016 Dicky Bill celebrated its first retail and export customers marking the next step in a long journey.  2019 we welcomed the final piece of the farming puzzle with the expansion of the Summer growing region with Stewarts property added to the production area.

Dicky Bill Australia run two farms totalling over 1,100 acres in Queensland and Victoria which allows the supply of high quality leafy salad vegetables, ready herbs and salad kits and bowls for 12 months of the year.

Both sites have processing/washroom facilities, with the capability to triple wash and package in excess of 40 tonnes of loose leaf salads per week.

Product is vac-cooled within 30 minutes of harvest, resulting in extended shelf life – which equates to next to no shrinkage for consumers. 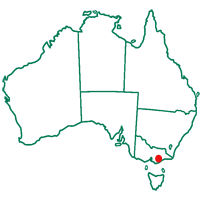 Our Summer production is done out of our Maffra farm in East Gippsland, Victoria,  which sits on just over 700 acres with beautiful sandy loam soil.  The irrigation water for the farm comes predominately form the Macalister Irrigation District (MID) which is fed by Lake Glenmaggie.

The irrigation system of the district is a real strength to our farming with Lake Glenmaggie enjoying an 85% reliability of filling each winter through snow melt and rain.  While vegetables in Maffra are grown all year round, the true season gets going in September and finishes in May. 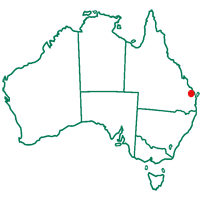 The irrigation water is supplied through the Isis Water Scheme (IWS) which the farm’s supply coming from the Lake Monduran which is on the Kolan River.

This property is definitely seasonal for leafy vegetable with the main season running from May to October.  Sweet Corn, Hay and some heavy vegetable lines can run longer out of that season window.

How can I buy Dicky Bill Produce and Taste Fresher?

Yes, I want to know more